During 2019 Cliona’s were delighted when Limerick & Na Piarsaigh Hurler  Shane Dowling  came on board as an Ambassador . While sportspeople are judged mostly on how they perform in their selected sport (and there is no doubt that Shane has delivered)  the commitment that many of them give to their community is just fantastic . Shane has been amazing in terms of time, energy and fundraising but it his understanding of the impact of the support we provide and his ability to articulate this has been inspiring

We were delighted that another good supporter of Cliona’s. Donal O’ Regan  of The Limerick Leader Newspaper  caught up with Shane to get an insight into his role with Cliona’s which  we want to share with you

He has brought so much pleasure to Limerick hurling fans on the field but off it he and the charity have changed lives.

Shane is an ambassador for Cliona’s Foundation that provides financial assistance to families with critically and terminally ill children. This year alone just over €200,000 has been given to 148 parents for the non-medical costs of caring for their child. Shane has personally delivered five cheques. 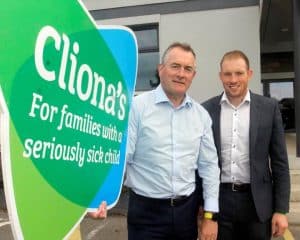 What is the excitement in a household like when an All-Ireland winning hurler knocks on their door?

“To be honest, I am Shane Dowling. I play hurling as a sport and a hobby. Shane Dowling helps the charity, not an All-Ireland winning hurler. Fine, if a kid or a family has an interest in hurling, of course, I am only too delighted to have a chat with them about it, but I am no different delivering the cheques than the other three or four volunteers that are also doing it across the country.

“Excitement is probably the wrong word, it’s more relief. Families are so grateful and thankful to receive the money, to pay bills that they didn’t think they might be able to pay. In some cases there are tears, and that’s totally understandable as their outpouring of relief has to come out,” said Shane.
While he is a recognisable name and face to most, one family didn’t have a clue who he was.

The family outside Limerick wrote to Cliona’s to say: “I received the cheque on Friday. I want to thank you for your help during this time – it’s much appreciated. Also, could you thank the young gentleman who came out to us. He was a very kind and well-spoken young man.”

This time of year the cheques help families buy presents they thought they would not be able to afford, he says.

“What I have found is families have other kids. And what you find at times is that some kids don’t get the same love and treatment they should get because the parents are too busy looking after the sick child. A case in point is that beautiful young girl who broke down on the Late Late Toy Show. Her brother has leukemia.

“Remember, with a sick child, 99.9% of the time, at least one parent has to give up their job to mind the child. That alone is a struggle,” said Shane.

On the pitch, winning battles is paramount but off it the forward says his work with Cliona’s has brought home to him the real battles families are facing.

“It brings it home very quickly. I have spoken about it before, hurling is a sport, family is your family. It is very upsetting to see some families trying to cope with seriously sick children, and it puts everything else into perspective. 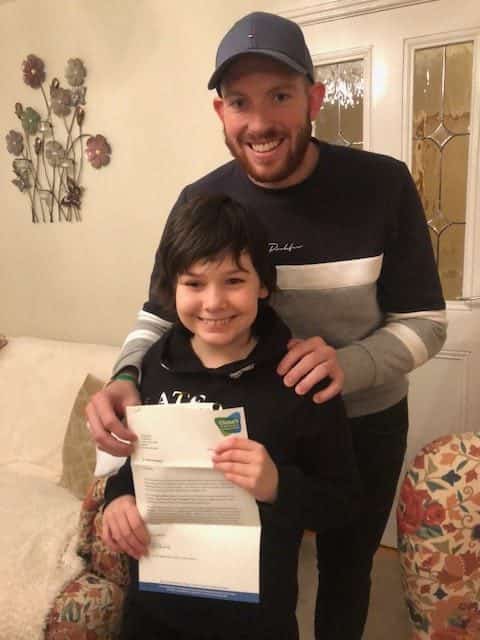 “It is very humbling. I get to see the way other families are, how a child’s illness can put them in a place that they never even thought existed, and it certainly makes me appreciate things a lot more in life,” said Shane, who became involved through his good friend and fellow Na Piarsaigh man Kevin Downes.

“He works for Brendan Ring in Cube Printing. About five years ago I went out to Kevin to get something and he introduced me to Brendan that day. It went from there.

“What Terry and Brendan do, on their own time in memory of their daughter Cliona, to try and help other families to ensure that they won’t have the same financial burden that they endured, is just amazing and inspirational. They basically work seven days a week, long hours, working on different projects to ensure that the funds are there to match all the applications coming In. It’s incredible.

“My first time in their house, Brendan brought me up to Cliona’s room. Outside her room is Terry’s office, where she deals with all the applications, signing the cheques etc. Inside Cliona’s room, her bed sheets are the same to when she last slept in them, her teddies are still on her bed, so heart breaking to see,” said Shane.

He concluded with, “No charity is better than any other – they all do amazing work. But what I would say to people, businesses or anybody is if you are looking for a charity partner, or to donate to a charity, don’t forget Cliona’s”.