Cliona’s Foundation is a National charity with their office in Limerick that provides financial assistance directly to parents of children with life-limiting or chronic complex care needs across Ireland to help with the non-medical expenses related to caring for their child.

The Foundation was set up by Brendan and Terry Ring, following the death of their daughter Cliona, from an inoperable brain tumour in 2006 aged 16. Over the years, as Cliona underwent numerous different hospital treatments, Brendan and Terry were struck by the number of families, facing enormous financial hardship, on the brink of financial free-fall, blindsided by non-medical expenses piling up. They saw at first-hand the enormous toll it took on these families, already struggling to cope with the nightmare of having a seriously ill child. They decided to take action and set up Cliona’s Foundation, in honour of their daughter, a charity that uniquely provides financial assistance to families with children who have life limiting conditions.

Since its launch, Cliona’s Foundation has raised in excess of €2 million and has helped more than 1,000 families across 31 Counties. It is Brendan and Terry’s intimate understanding of the stress brought upon these families that explains the diversity of expenses covered by Cliona’s Foundation – from rent, food, utility bills to transportation for chemotherapy or alternative therapies, to a treat for a sibling and even covering the cost of a child’s funeral. 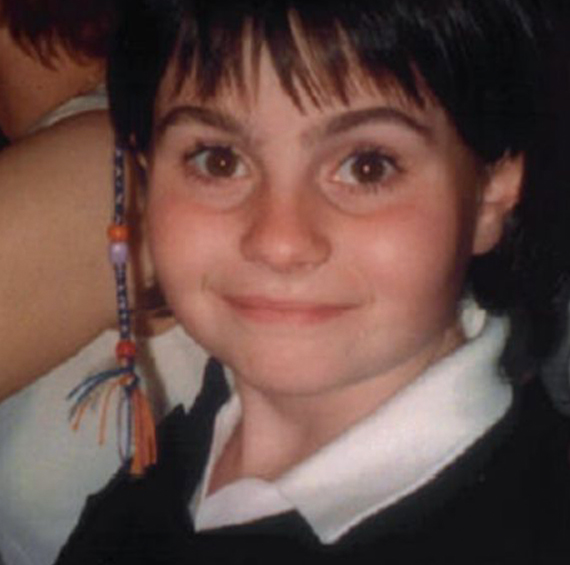 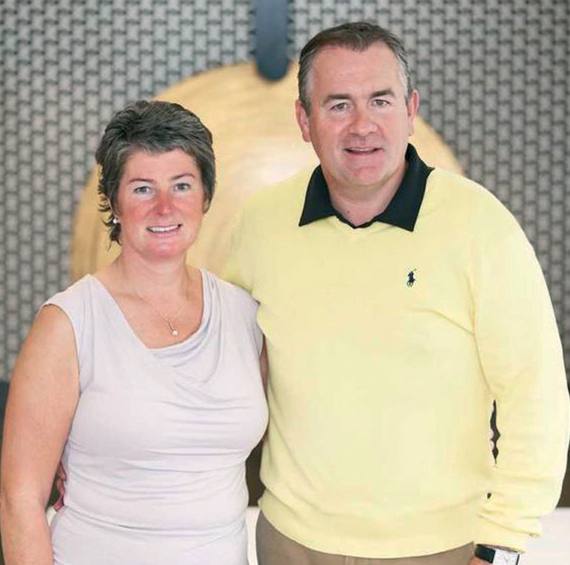 Cliona’s Foundation believes that no family should have to face any added financial stress, when already struggling with the devastation and trauma of a seriously ill child.Cliona’s are unique because we offer financial support solely for non-medical costs across all illnesses.

Cliona’s Foundation relies 100% on income raised through a range of activities including events & fundraising, corporate donations, philanthropy & private donations and partnerships with other charities.

What is Cliona’s Foundation hoping to achieve?

At any one point, there are 4,000 critically ill children in Ireland of which 400 will die this year with an additional 400 new seriously ill children diagnosed. Cliona’s Foundation is hoping to support 200 of these families over the next 12 months. This will require funding of at least €500,000. Cliona’s Foundation receives no state funding whatsoever and relies entirely on fundraisers and events to support the many families who contact them each year for support.

The objective of the network  which was formed in 2019 is to maximise combined knowledge and evidence from childhood illness organisations so that we, as a group, can be a stronger voice in the promotion of better services for affected children and their families.

​ Further detail on the Network can be found here 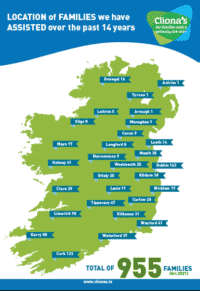 Give a Gift for Cliona’s

Drive into the New Year in a New Car

The Real Difference Your Support Makes